The Family Has Built a Wonderful House From an Old Collapsing Farm. Rate the Result

Until a few years ago, this building did not even have load-bearing walls. A small old farm built more than 60 years ago, literally lived out its age. The Zackari family took a big risk buying such a property, but the result exceeded all expectations.

The new owners were independently engaged in reconstruction, repair and design, despite the trials that befell them one by one. Problems with the health of his son (the baby was diagnosed with Lyme disease), difficulties with the restoration of the farm. In some places, the floor and ceiling had to be dismantled, because the wood had completely rotted.

In such a situation, it is easy to break down or panic, but the family step by step solved problems and in parallel engaged in the development of its family nest. Look what they did.

From the outside, the house looks rustic small. It is located in the real wilderness: in this countryside there are only a few dozen houses. It takes about two hours to get to the nearest major city.

This is really a former farm. The current owners also have animals, but there is a separate place for them.

But this is how the house looks from the inside. The floor, walls and ceiling have been completely replaced. The load-bearing walls are reinforced.

The details of the interior are a bit chaotic, but it doesn’t seem to repel. On the contrary, it emphasizes the atmosphere of a living house.

The kitchen and dining area are combined. There is a lot of wood in the interior.

Green shades are used in the bedroom. See how the dark green contrasts nicely with the light bedding. Although, it would seem, they do not match in color.

The bathroom was bright due to three components: a large window, white tile and a chic plant.

And this is the entrance to the bathroom.

In the hallway is a sophisticated and simple Danish style. Bright and contrasting decor elements are a cushion on a wicker chair, atypical plaid with Lisa Simpson, colored inserts on the windows that seem to be off topic.

The second bedroom in the house has access to the balcony with panoramic windows. Here in the interior there is creative chaos: a picture and a mirror on the floor, a stack of books with a stalactite lamp right on the windowsill. 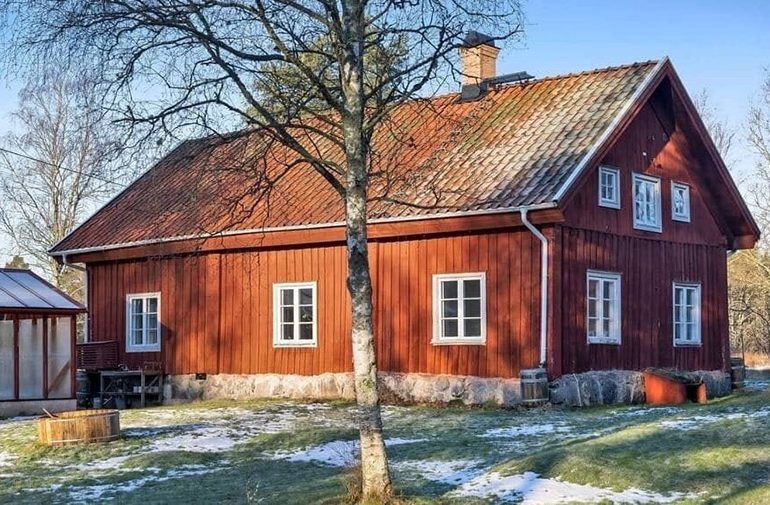 Home in the Swedish Countryside. Showing How Cool it Looks Inside 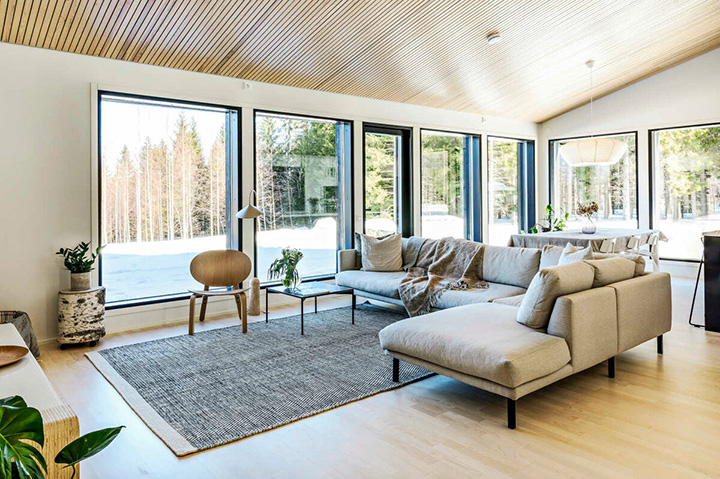 With Their Own Hands Built a Scandinavian House. How Does It Look Inside? See Photos 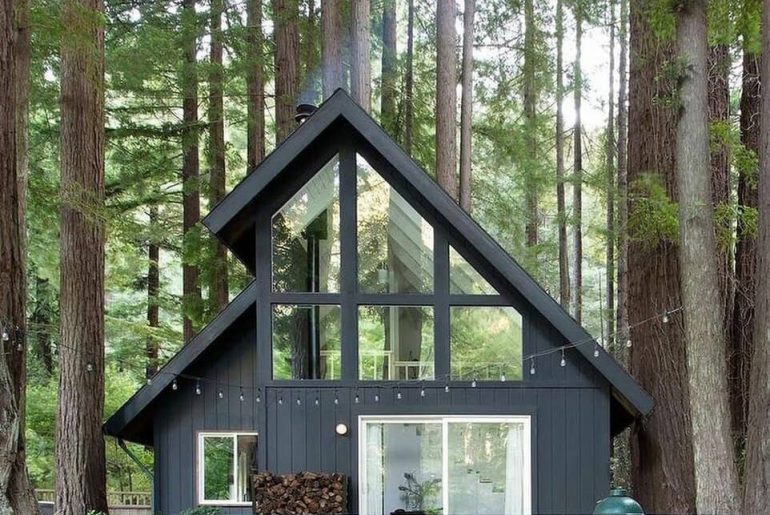 10 Cozy Houses in the Middle of the Forest. It’s Hard to Believe That People Live Here